In just a few short weeks the WallyBubba (AKA the ‘Turdy Ballerina’) will be turning two. Yes. Two. [email protected]*KING TWO. (I’m resisting the urge to breakdown into a flood of gin-laden tears of disbelief at this fact).

Her first birthday party, although ultimately a success, involved an entire rugby team, wall-to-wall-prosecco-related-carnage, a few toddlers and a record dominos order… This year, I’m aware I need to make things a little more about ‘her’…

I’ve already decided that whatever happens it will involve me doing as little as possible, with the exception of mixing a few G&Ts and eating the occasional cupcake. Whole. To the face.

So here’s my ideas so far…

Skype Party – no mess, no ‘pack of rambo-esque toddlers’ attempting to steal iPhones for their imminent escape to the utility room of dreams… no cake in the carpet, no raisins in nostrils and NO PASS THE BASTARD PARCEL TEARS EVERY TIME THE MUSIC STOPS.

Silent Disco – This will be especially silent. Won’t even bother with the music. Just ear defenders, a toddler pen and some gin.

Twitter Party – They get to touch the iPad, you get to slag off your shit life and cry about your vagina through the power of social networking using the hashtag #HappyBirthdayWallyBubba… Sounds like a partaaaaaay to me. #fistpump

Sleepover – You sleep. They’ll get over it. Boom.

Reality Party (this is probably my favourite so far) – Party games will involve WallyBubba’s favourite daytime activities such as pressing the buttons on the Sky remote during a selection of her favourite programmes and then going into MELT-DOWN as the channel changes… Next will be emptying the entire bookshelf and allowing only the first line of each book to be read before slamming each one shut violently. Then we will be removing all the contents of Mummy’s handbag and crying when there’s still no chocolate there (there is… it’s just in the secret toddler-proof compartment… with the gin… and the money… mwahahahaha). Finally all socks will be ripped from the corresponding feet and unreasonable yoghurt/banana demands to be made.
Food will consist of a variety of colourful and beautifully arranged food and healthy treats, which will all be completely ignored in favour of cake, sofa raisins, and whatever that weird brown stuff is in the carpet over there.
Other optional entertainment to include: the moment one toddler eats an entire paper cup, the point WallyBubba removes her nappy and attempts to ride a cat, and who can forget the inevitable and treasured moment Mummy’s sofa meets an army of sticky-toddler-cake-fists, and she goes for a long walk. Until everyone’s left.

Should be shitting awesome. 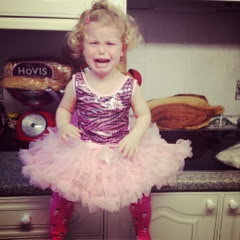