Small, angry, usually snotty/hungry and generally clothed toddler seeks line of work involving cake and slides. Payment preferably in ice-cream, and dancing and colouring to be included. NO HAIRBANDS OR SOCKS.

Farting on demand and then laughing so hard more farts come out. AKA ‘The Fart Loop’.
Only eating beige or chocolate.
Stealth poo-ing.
Building Mega Block towers up to five blocks tall… then knocking the shit out of them with my face.
Eating beans on toast without use of my hands. (MPeg available upon request)
Jumping. On ANY surface.
Nappy removal in under 3 seconds. Even whilst wearing a Onesie.
Naked hoovering.

Reached the rank of ‘Turd Ninja’ before the age of 12 months after learning how to escape not only my nappy, but also my Grobag during a poo party for one in my cot.
Unofficially named Best Hider in a Hide & Seek Game in the wider Hampshire area.
Fluent in cat.
Once ate a tub of Sudocrem.
Proficient in Daddy Manipulation since the age of 3 weeks.
Colouring, stickering and using an iPad at a 3 year old level.
Invented my own version of counting to Ten. (includes farm noises and some mildly offensive language)
Once interviewed for the role of Tombliboo Eee.

Mummy (call before midday… the gin won’t have taken effect at this point) or Iggle Piggle. We’re tight. 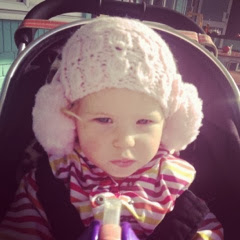