It’s true that my blog is a touch on the negative side… In fact as I look back through my face gets sad and my vagina starts weeping… So time for a post which celebrates all that is awesome about owning a two-year-old.

Here’s what’s brilliant about being Mummy to a Toddler:

(Yes I said that. I promise I’m not drunk or anything.)

You can steal their hair-bands and Peppa Pig hair-slides when yours have all been eaten by the universe. And look shitting awesome rocking them down the pub.
Same applies to their pens. As clearly all of ours have been stolen by the sofa-people and taken to [email protected]*king Narnia or something… Everything in our house since mid 2011 has been written in glitter pen and/or Petit Filous.
Earlier my almost-three-year-old urgently proclaimed ‘Mummy! Oh no! Your big tummy has got boobies!’ upon entering the bathroom as I was having a bath. No-one has ever described a pregnancy figure better. EVER.
Any argument can be won by simply shouting ‘NO’ louder than the previous seven times… I think we can all learn from this.
Just when you’re worried they’re not eating enough, they sort themselves out… Two day old radiator-baked toast-crust with a play-doh couscous is a delicacy to be savoured.
There is never an inappropriate time to break into full ‘elf dance’. THANK YOU Ben & Holly for brightening up the dullest of shopping trips and queueing experiences.
Sometimes, they make you run so late, you miss entire appointments/events you never wanted to frigging-well go to in the first place. #winning
They can pull out the ‘cute act’ just at the right time in local cafes so they get free biscuits and marshmallows. Which you then eat. To help soak up your secret sippy-cup vodka. You can use them as a human shield for old people and chuggers.
They don’t yet judge you for your borderline inappropriate pre-midday alcohol habits… unlike Daddy. And Santa. And the ‘sober’ mums at early-bird song club with their brushed hair and clean children. Judgemental slags.
They tell you you’re beautiful even when you have a Cheerio stuck to your left eyelid, haven’t brushed your teeth for over 24 hours and you’ve been wearing your dressing gown so long that the flap part has fused with your labia. 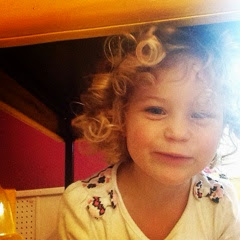