I understand from something called the ‘In-ter-net’ that you’ve begun your descent. You’re on your way. You’re totally ‘head down, elbows out, and ready to dance out of that uterus party…’ And it’s possible that your birth may be almost as publicised as mine… So from one pretty important little dude to another, let me impart some wise words for your arrival:
You’re going to be getting a fair bit of attention, so I find the best way to deal with it in the early weeks is to wear ill-fitting outfits that completely drown you, and never sit up properly. Also don’t bother opening your eyes very often as they’ll only try and take photos of you. AGAIN. There’s only so many times Instagram will accept identical poses of a sleeping baby before the likes just dry up… a complete like-drowt… a social-media Sahara.
Let them think they have the upper hand when dressing you in all that ridiculous crap for the public. They don’t. Because you have been born with one very special and lethal skill my friend… Yes. That’s right. You can shart on demand. I know. You’re welcome.
During the day-time conserve energy… you’ll need it. Because it’s imperative you use night times exclusively for growth spurts and helping your teeth emerge. Both happen far better when your awake and screaming until you’re sick. Mummy and Daddy will like that. Especially the night before an important event or public appearance… during which you can use the sharting thing I mentioned earlier. You’re welcome.

In those first precious weeks it’s also important that you teach Mummy about separation anxiety. And that you will become very anxious indeed if at any point, ever, she is EVER separated from you in any way, and that crying and consuming gin/toblerones in the downstairs loo just ISN’T ACCEPTABLE DUCHESS BEHAVIOUR LADY. NOW GET BACK HERE AND WIPE MY ROYAL NECK CHEESE AWAY… (or something) You’ll know when you’ve broken her… she’ll stop wearing bras, purchase some dry-shampoo and wear the same leggings for days… while you simply sit back and enjoy the cuddle-ride.

Incidentally, Mummy will break Daddy for you. He’s the weaker one… give it a few months and you’ll be riding him like an oppressed donkey around his own private living room of hell… Until the Jumperoo arrives that is. Never let the bastards stick you in there… you’ll be there for hours. Days even. Never give in to the harness of neglect lightly. NEVER.

As far as other members of the family go – they’re fairly useless to you for the moment but best to keep your enemies close and your older sibling exactly where you can keep an eye on them… In the future they will be of great use to you with their fully-operating limbs and ability to reach biscuits and shit… Smile at them. But every so often throw up in their mouth a little so they know who’s really in control here. Bitch… Granny – She’s pretty awesome. I think yours runs the country or something, but mine’s got a version of incy-wincy little spider that will BLOW YOUR FRICKIN MIND. So that’s kind of the same thing. Grandad…? Well, we’ll talk about Grandad another day.

Other than that, don’t forget to do that annoying gurgling/looking around thing when Mummy’s trying to feed you and just so you know – I think you are now the only infant in the world who can legally punch a swan…. #justsayin.

Good luck my friend. Tweet me if want an autograph or anything. 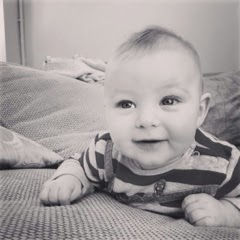