It’s ‘time for tea!’, I say with glee,
And then the shit hits the dinner-time fan.

Dinner isn’t even ready, and the winging’s become steady,

It’s becoming impossible to please her…
‘Mother you forget, I’m no fan of the courgette.
In fact I hate anything that isn’t pizza*.’

It’s high-chair carnage, with a snot-laden garnish,
As she decides she’s allergic to everything green.
She’ll scream ’til she’s sick, at the thought of one lick,
Of a pea or a sprout or runner bean.

It’s time to eat, but there’s secrets in that meat,
She’s spotted more than beige in her bowl.
As I chuck another meal away, I can’t help but pray,
For just one dinner-time without selling my soul…

Time for your food, and I’m not in the bastard mood,
As the fish fingers are met with a grunt.
I take a deep breath, and smile through the mess,
She’s being a right little… runt.
It might be the toddler’s dinner, but I’m not getting thinner,
As I scoff another plate of rejected koftas.
But starting from now, I’ve made a new vow,
At 5pm, I’ll be hitting the tea-time vodkas*. 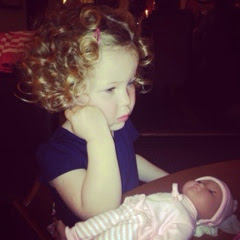