The time you are weakest, emptiest, horizontal-ist and moments away from cracking open that bottle of Pinot in an attempt to wine-away another poo-filled-porridge-flinging-shit-of-a-toddler-day… And *whispers* it’s like they know it…
Remember when you imagined calming bathing and dressing your little angel for bed, then enjoying a snugly-wugly story before they gently drifted off into a peaceful, undisturbed night of sleep… Yeah… So do I… Just… *begins crying hysterically until forced to eat an entire pie without breathing to calm down* 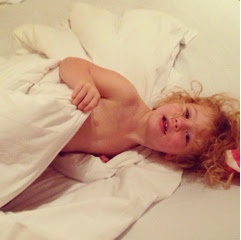 Last night was one of many particularly traumatic bedtime experiences in the WallyHousehold… I was nearly broken and WallyDaddy is still in recovery. Here is a breakdown of the ‘real’ #toddlerbedtime

6pm. Toddler demands toast… despite having just finished eating an entire plate of Spaghetti Bolognese followed by a yoghurt and some human tears… (Mummy’s)
6.15. Toddler feeds toast to the DVD player then becomes hysterical once the cats begin licking the butter from the Pause button.
6.30. Toddler demands Toy Story.
6.35. Toddler hates Toy Story. Takes a protest shit on the sofa and demands Toy Story 2. Obviously.
6.40. Toddler will only watch Toy Story 2 if Mummy acts out all the scenes via interpretative mime dance while Daddy sings.
6.45. Toddler punches television and takes Daddy out with a rebound elbow.
6.50. Toddler needs plaster and A LOT of sympathy kisses for unknown elbow injury caused by Daddy’s face. Bastard.
6.55. Toddler licks last bits of butter from DVD player.
6.58. Toddler hates butter.
6.59. Toddler demands more toast. Roundhouses a cat.
7pm. OFFICIAL TODDLER BEDTIME. Toddler told to go to bed.
7.05. Toddler dragged upstairs under WallyDaddy’s arm taking out sections of wall with her teeth and/or toenails.
7.10. Toddler placed in bath kicking and screaming, and insisting the shampoo is ‘yuck’ and smells like a bin. Mummy loses some skin. Daddy cries.
7.13. Toddler shits in the bath.
7.15. Toddler rejects first five sets of pyjamas and instead opts for a Buzz Lightyear costume and crown. Mummy decides she doesn’t give a [email protected]*k anymore and uses this moment of temporary happiness to brush toddler’s hair and teeth.
7.20 WallyDaddy takes a Tangle Teaser to the face.
7.25. Toddler picks Cinderella as bedtime story for the 427th night in a row… Mummy reads own ‘interpretive version’… *coughs*, kisses toddler goodnight and leaves room.
7.30. SILENCE.
7.31. (The following will occur in minute-intervals)

Mummy and Daddy decide toddler can [email protected]*king well cry it out. Naked. Pissing freely. With Baby Bunny’s head stuck up Piglet’s arse for all they care.

The End. Goodnight. [email protected]*k Off.